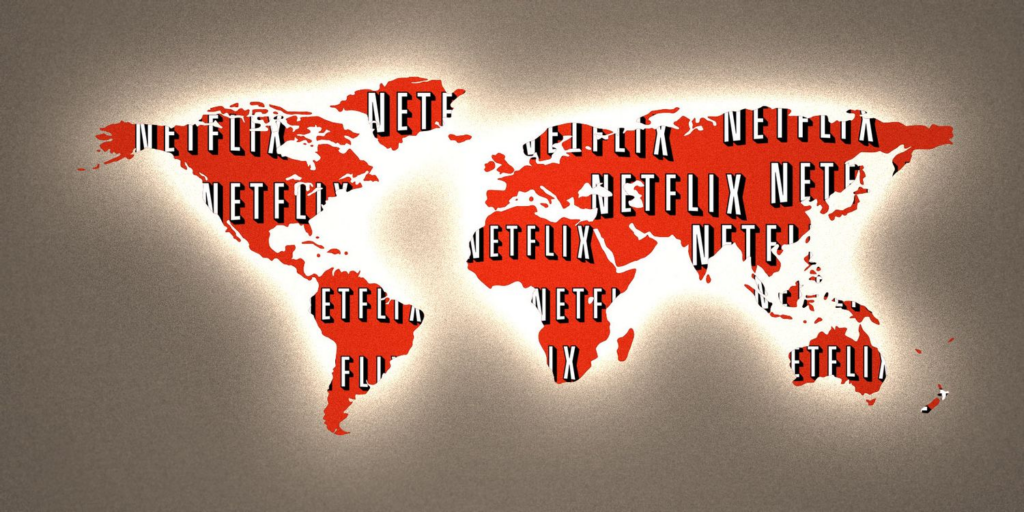 How to Watch Every Netflix Show in Any Country

It is possible to change your Netflix region so that you may watch Netflix from another country. We’ll show you how How to Watch Every Netflix Show in Any Country.

Netflix is a must-have for everyone who enjoys movies and television series. In 190 countries, the video streaming behemoth is available. Regrettably, not all Netflix libraries are the same. However, there are a few ways to gain access to different libraries (for example, stream Netflix USA while in the UK).

Netflix offers different movies and TV series accessible for streaming in different regions, which may surprise you. In this post, we’ll look at why Netflix content varies by nation and how you can view anything on Netflix no matter where you are.

Why is the Netflix library different in different countries?

Netflix’s library or catalog varies per country due to territorial licensing, according to Netflix CEO Reed Hastings. This is how it goes.

Any film or television show’s producers aim to make the most money possible. As a result, they license their work to various content distributors throughout the world. Naturally, the rights go to the highest bidder. Let’s take the case of Star Wars as an example.

Netflix, as a distributor (yep, streaming video qualifies as “distributing”), must determine whether enough people in the United States, the United Kingdom, India, and other countries will watch Star Wars to justify the cost of purchasing the rights.

Netflix will compete for the territorial license for both the US and India if its research demonstrates interest in Star Wars in both countries. However, another distributor may be willing to pay a greater fee for the Indian territorial license, or may already own it. Then, once again, Star Wars will be available on Netflix in the United States, but not in India.

In brief, the Netflix collection differs from area to region due to public interest and territorial licensing.

Netflix is working hard to ensure that all of its programming is available internationally, removing territorial limitations. However, this will take time. As a result, various nations will have access to separate Netflix libraries, at least for the time being.

How to Stream Netflix From Another Country

The good news is that watching Netflix from a foreign country is actually rather simple. You may access any country’s library by using virtual private networks, according to our Netflix ultimate guide (VPNs). DNS tunneling, also known as Smart DNS, is another method. Both methods accomplish the same goal: they make Netflix believe your device is in a different area than it is.

These approaches, however, have certain drawbacks. You won’t be able to use a Chromecast to stream Netflix from your phone to your TV, for example. Buffering and streaming speeds may be impacted as a result of these techniques. On the other hand, you’ll get access to a greater movie collection than ever before.

Using Netflix and a VPN to Change Your Country

We’ve already argued that VPNs should be used instead of proxy DNS. The main advantage of VPNs is how simple it is to get started.

Netflix is available on all devices, giving you some flexibility in selecting a reliable VPN that meets your needs. (While Netflix monitors VPN usage and disables most free VPNs, many commercial VPN services continue to function.) For all of them, the procedure is the same:

All paid VPNs are not created equal. We recommend ExpressVPN for the highest chance of success.

Using Smart DNS to Watch Netflix From Some other Country

It’s better to utilize Smart DNS services to watch region-blocked films on YouTube, but Netflix has made it more difficult than ever to access another country’s collection via Smart DNS.

Smart DNS has the benefit of being quicker than VPN since it does not transit data via an intermediate server between you and Netflix. This is especially true for high-resolution broadcasts such as 4K movies.

If you wish to use a Smart DNS for Netflix, your options are very limited, unlike VPNs. Smart DNS Proxy is the only one that still works, and it only covers US and Canadian Netflix collections.

Unless you have an unique reason to pay for Smart DNS Proxy other than Netflix, we recommend paying for a reliable VPN instead.

What’s Available in Netflix Regions and How to Find It

You now know how to access Netflix from various countries, but there is still one issue. How do you look for a movie to see which Netflix nation it’s available in? This is when uNoGS comes into play.

This website scans Netflix libraries worldwide. The service will inform you which country’s library you need to change your VPN or DNS to after a simple search.

You may narrow down your search results by IMDb rating, release year, genre, and other factors. Of course, you have the option of searching in one of the 28 nations available.

Is it possible to use a VPN to access the Netflix catalog of another country?

A VPN changes your IP address, making it appear as though you’re in another country, but it has no effect on your Netflix account. If you want to view a show that is only accessible in the United States, you’ll need a Netflix account with a US IP address.

It’s difficult to set up a Netflix account in a foreign nation. We were unable to open a US account since none of our payment methods were accepted. While an Amazon Netflix gift card could work, you’ll also need a US phone number to validate your Netflix account. Netflix won’t offer you a particular error notice, but they’ve very certainly worked out you’re attempting to cheat.

Using ExpressVPN, we were able to set up a German Netflix account from Canada. The answer was to start from fresh in a different browser profile (we used Firefox). None of our previous accounts had made it through the point of payment. To complete the procedure, we needed a legitimate German phone number as well as payment information.

Which VPNs Are Compatible With Netflix?

Netflix regularly bans VPNs, making it impossible to get around regional restrictions. We cannot guarantee that the techniques given above will continue to function in the future. However, we do check on what approaches are still working on a frequent basis, so this post is worth bookmarking.

In general, ExpressVPN and Private VPN are two of our top picks. The first always works with Netflix US, which has one of the most comprehensive catalogs of any country. And for Netflix libraries, Private VPN serves the most nations. A free trial is available for each of them.